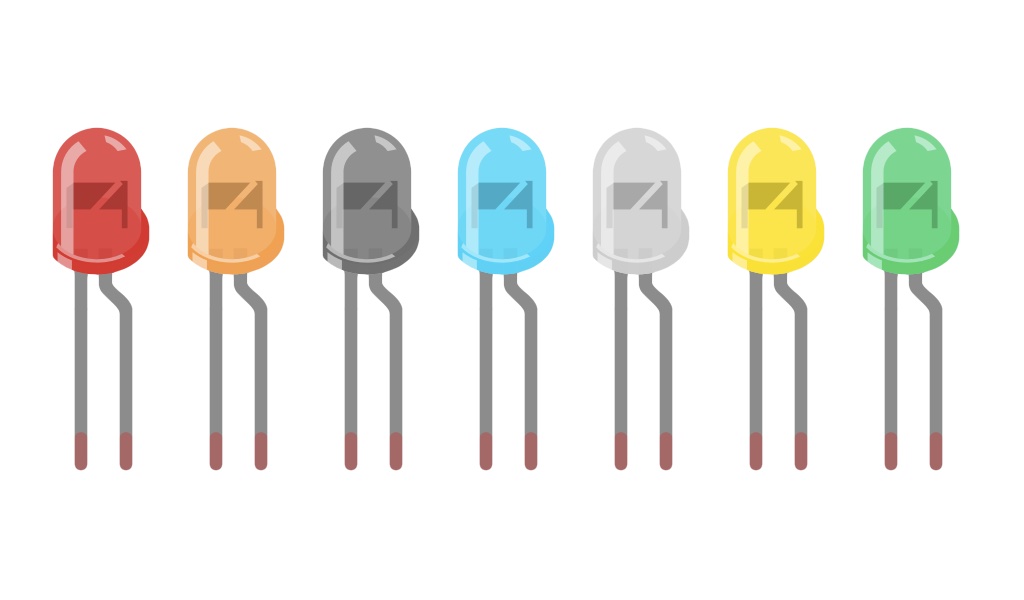 An LED is like a tiny light bulb. It's a simple component on the outside but not on the inside.

The internal working of an LED is complex and so for the sake of keeping things simple, current travels through the LED with a certain energy (Voltage). The amount of voltage required to turn on an LED is 2V and this is constant. However, the brightness of the LED is dependent on the amount of current flowing through.

The LED is a sensitive component, so be careful not to hurt it. It will handle only a small amount of current (0.02 to 0.04 Amps) and any large current will blow your LED.

The LED also only accepts current entering from one side and not another. This property is called "Polarised” and we will see over the different courses that there are many components that are polarised. The polarisation of a component is due to its internal structure. When using the LED, you must make sure that current enters through the long leg and not the short leg. The short leg should be connected to ground, or the battery (-) source. If you do it the opposite way, don't worry – it won't damage your LED, but your LED won't turn on.