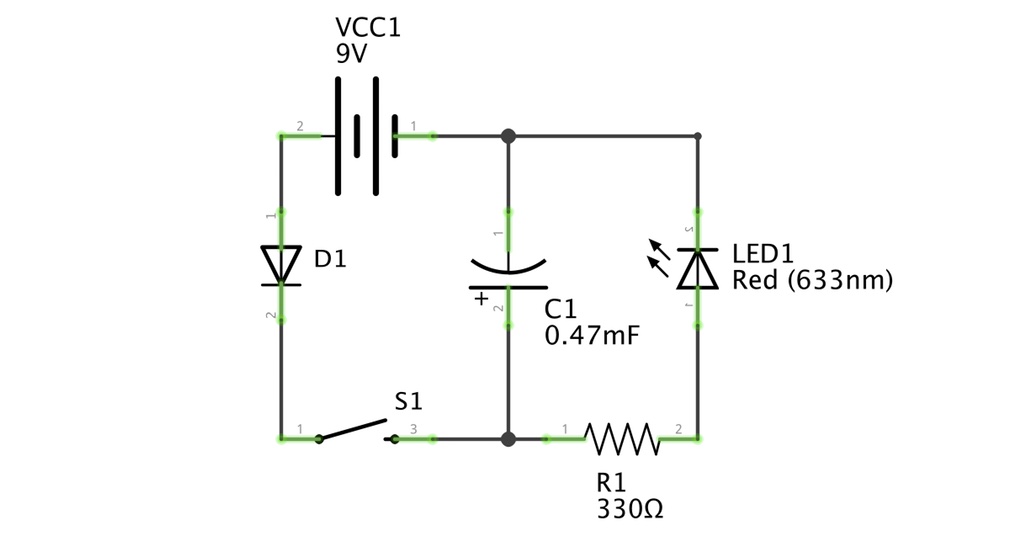 A pair of resistors and capacitors, whether working in parallel or series, can produce different behaviours which we can use to, for example, switch LEDs ON and OFF for a certain duration and low-pass or high-pass filters for radios.

The simple circuit above will demonstrate how a capacitor charges and discharges and how it can still light an LED even without the battery being connected to the circuit.