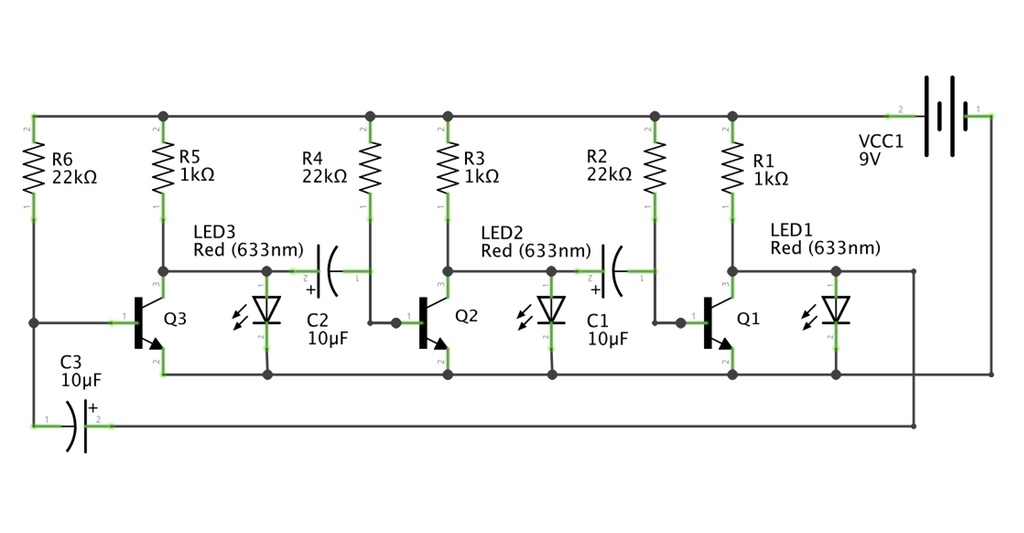 In the previous lesson we saw how to get LEDs to flash one after another by connecting the base of each transistor to the collector of the other one.

Let's push the idea further and see what happens when we 'cross-couple' three transistors together.

The idea remains the same: by connecting each transistor's collectors to the base of the following transistor in a loop motion, we can create a 'waterfall' phenomenon, where each transistor will trigger the following one, endlessly. In principle, this is based on the same idea as an oscillator except for adding an extra loop to it.

The capacitors are here to regulate the flow and trigger the transistors (acting as switches) ON and OFF, giving that blinking pattern.