The resistor is non-polar and is measured in Ohms. If you look at a resistor you notice some colour stripes/bands on the resistor. This is a way to identify the resistance level of the resistor as well as how much voltage it can tolerate before it melts away.

To read a resistor, simply identify the gold or silver band on one end of the resistor and put to your right, so the three other coloured bands are on your left (see illustration).

The first two bands will give you the first two digits of the resistor, and the third band its multiplier, following the colour code at the back of your kit cover. 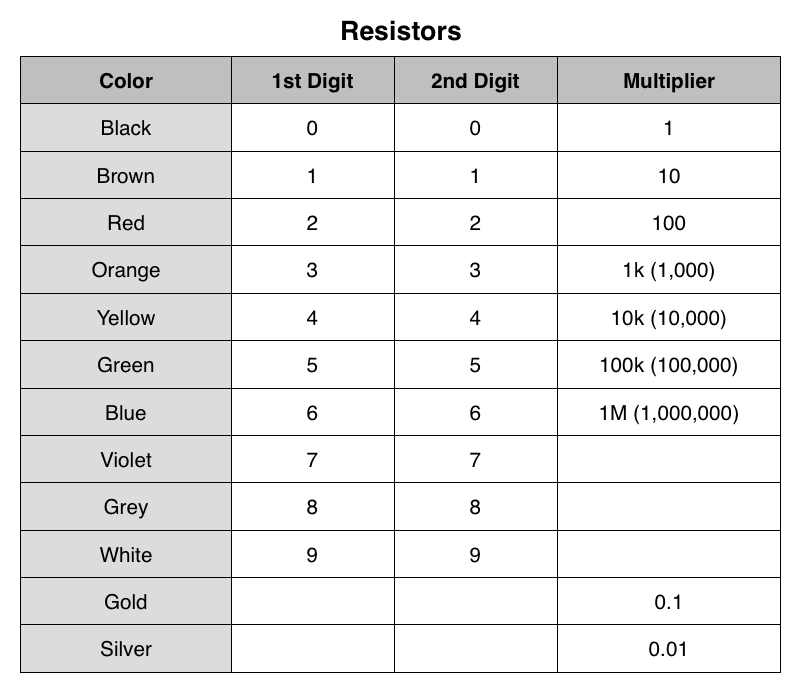 So for example, if the first two bands are orange and red, and the third one is yellow, you resistor will be:

The fourth band is the tolerance of the resistor (Silver: 10%, Gold: 5%, Red: 2%, Brown; 1%). Indeed, resistors' quality and precision can fluctuate and none of them will be exactly the value stated on it.